New MVP-titles for Linus and Jens

We are bursting with pride over our colleagues Linus and Jens who last week each received a prestigious MVP award from our partner Ucommerce for their contributions during the past year. It all came as a surprise but of course it is a fantastic one. But you may be wondering what is this Ucommerce MVP that we are so happy about?  So let’s take it from the beginning.

Last week it was time for this year's Ucommerce Partner Summit. Like so many other events this year, this one was also changed to digital. During the event, our e-commerce partner Ucommerce presented both things that happened during the past year and all the exciting new things that are planned for next year. When we looked at the agenda before the event, there was no spot planned of MVPs this year. That was understandable with all the work Ucommerce has done lately with developing a new partner program. But when the event kicked off we saw that MVP had sneaked into the agenda in some way.

How many that are awarded MVP titles varies. This year seven MVP titles were awarded to people all over the world, something that was very funny was that three of the seven awards went to Swedes. Now, we saved the best for last, two of these went to our very own colleagues Linus and Jens. Both were completely set but incredibly happy and above all proud, as were we.

We believe in people – and without people software is nothing. The Ucommerce MVP program recognizes the great people that push our platform forward and create the real value behind Ucommerce.
- Ucommerce

MVP is an expression that originates from the sports world where you give awards to specific people who have excelled in some way, which is exactly the same approach here. Ucommerce's MVP stands for Most Valuable Professionals and it is a way to draw attention to and lift individuals and not just the companies behind them. It is a very prestigious award and if you work with Ucommerce, you know that this is the biggest recognition you can get for your work.

Over the years, a total of 11 MPV titles have been awarded to Swedes from our partners, and employees at Webmind have been awarded six of them. With the new additions, Jens has collected a total of three awards, Linus now has two and our colleague Erik has an MVP from Ucommerce for his awesome work with Uccelerate.

Throughout the year, we have developed a close partnership with both Ucommerce and Umbraco, where we work hard to increase knowledge and spread awareness about the platforms. Apart from creating great web solutions we do this by arranging events, giving lectures and educating students. We have also built Uccelerate, a starter kit for Ucommerce that helps agencies and developers worldwide to deliver competitive and affordable ecommerce solutions. Through the development of Uccelerate, we grew a close relationship with Ucommerce where we continue to support each other to develop the platform further.

Becoming an MVP requires an enormous amount of teamwork, and the fact that we here at Webmind have won six MVP titles is really a fantastic rating for our entire team! A proof that we are really passionate about what we do, but also that we support each other and that we create space to do more than just produce good web. I am incredibly proud and grateful!
- Jens Josefsson

We want to end by saying a big congratulations to Jens and Linus, you are awesome! 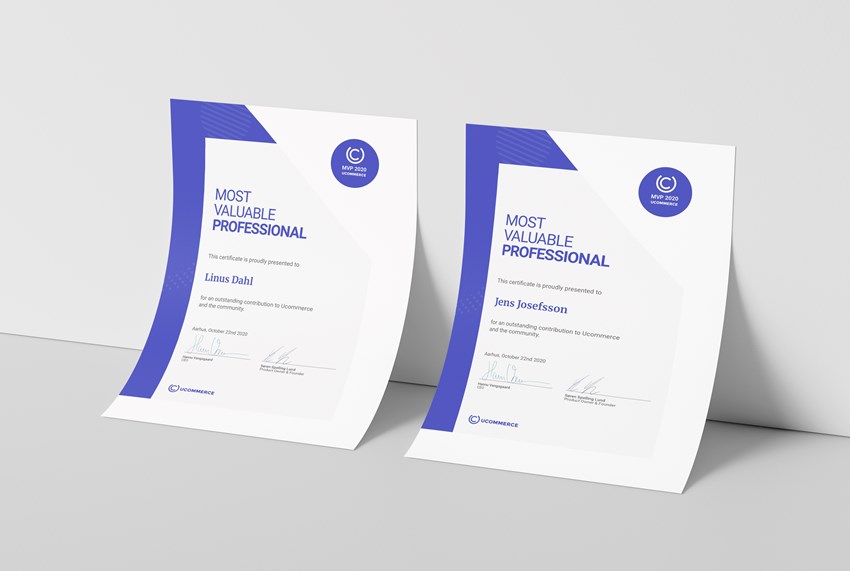 What is SEO and how does it work?

This is the new Webmind

What is a CMS?